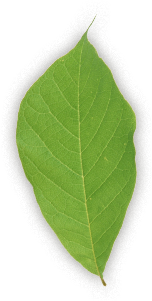 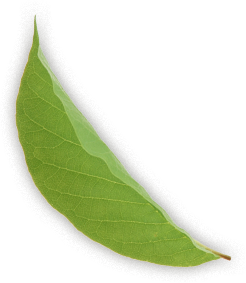 What snail slime cosmetic products does Siam Snail offer and at what cost?

Siam Snail presently offers two products. Siam Snail Serum is 100% serum concentrate extracted from Siamese snail, mainly from the Hemiplecta Distincta breed. It contains 15 ml and is sold for 1,200 Baht. Siam Snail Whitening Serum is the other product, also containing Hemiplecta Distincta snail slime serum concentrate as well as a uniquely developed whitening essence. It has a content of 15 ml and is priced at 1,400 Baht.

How effective is the slime of Siamese snails in preventing aging of the skin?

Studies and research done for more than 30 years confirm that the slime of Siamese snail has a high abundance of antioxidants and other beneficial compounds that can heal and repair damaged skin caused by aging and inappropriate environmental factors. It also has a significant amount of proteins that nourish the skin as well as antimicrobial substances that help protect skin from hazardous bacteria, especially in tropical climates. Effectiveness of the slime for anti-aging also necessitates extraction of the best quality of slime from the mantle of the snail. All these, along with Siam Snail’s exclusive technical expertise in developing pure snail lime serum concentrate, contribute to the production of high-efficacy cosmetics to help slow down cellar aging, regenerate and strengthen skin cells and restore a healthy, younger-looking skin.

Does the slime of Siamese snail breeds have better quality that those of foreign breeds?

A comparative research has been conducted by Siam Snail to determine the quality of serum of Siamese snail to that of randomly selected cosmetic products made from foreign snail breeds. The results confirm the serum for the Siamese snail slime has a higher abundance of peptide molecules and proteins than those from foreign snail breeds used in other cosmetic products in Thailand. Its net concentration of protein molecules, measured at 50mg/L, is much more that the 1-2 mg/L accounted for by those of foreign snails.

Moreover, the effectiveness of antimicrobial activity against bacteria and fungi measured by the serum from the slime of Siamese snail rated considerably higher when compared with that of slime from foreign snails.

Conclusively, the serum of Siam Snail is produced with an exclusively developed extraction process to yield a significantly high concentration of active compounds that are about 30 times more effective than those extracted from foreign snails. The filtration technology utilized by Siam Snail provides for extraction of small molecules derived from the slime to enable effective penetration into the skin without clogging the pores, in addition to maintaining purity of the 100% serum concentrate.

Is it true that good quality slime should feel firm and elastic to the touch?

Good quality slime does not feel elastic when touched. But nowadays many compounds are added to snail slime cosmetics. Acrylate Polymer, comprised of a long chain of molecules to make the product stickier and elastic, is one such compound. It, in fact, reduces penetration into the skin and is prone to clog the pores, hence causing pimples to break out.

Is there a valid benefit in applying slime secreted by a snail directly to the skin?

Direct application of any snail slime to the skin is not advisable. Effectiveness of snail slime is attained only through processing. It begins with selection of a suitable breed of snails. They should be raised under rigid control in terms of feeding, temperature and surrounding environment to produce a consistent yield of high quality slime. Slime, secreted only from the mantle to ensure the best quality, is then extracted and filtrated by using percolating technology. This results in the production of serum with small molecules derived from the slime to enable deep and quick penetration of nourishing and regenerative substances into the skin.

Does the production process cause injury to or harm the snails in any way?

The slime production process of Siam Snail entails providing consistent warmth for the snails and tapping them softly on the tissue inside shell close to the mantle for the secretion of slime. The tapping lasts 2-3 minutes at a time and is done only 2-3 times in a week so as not to harm or create any disturbance that might affect the health or productivity in raising snails. So, there is absolutely no harm done to the snails.